The Alana Fellows Program gives researchers at an early stage of their scholarly biomedical careers an opportunity to pursue training in any laboratory in the Alana Down Syndrome Center at MIT. Fellows are persons of exceptional ability, originality, and resourcefulness, and of the highest caliber of intellectual achievement. Alana Fellows receive mentorship by a Center faculty investigator, and dedicated space in the faculty member’s laboratory for conducting an independent research program within the thematic areas of interest of the Center. 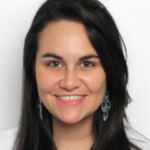 Dr. Blanco joined the Tsai lab to study the interactions of Down syndrome, Alzheimer’s disease, and sleep. The Tsai lab has previously shown that sensory stimulation at a certain frequency may help reduce Alzheimer’s disease. Dr. Blanco is studying the effects of this sensory stimulation on sleep in Down syndrome and neurotypical models, and investigating the potential interaction between beneficial activities during sleep and the protective effects against Alzheimer’s. Dr. Blanco joined the lab upon completion of her doctorate at the Wellcome Trust Doctoral Program at the University of Oxford in the United Kingdom, where she studied the role of brain activity during sleep on memory. Prior to her doctorate, Dr. Blanco completed her undergraduate work at Pontificia Universidad Javeriana in Colombia. 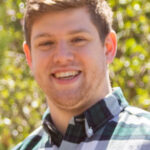 Dr. Lengerich is a postdoctoral researcher in the Kellis lab, using machine learning models to study the cell-type specific changes in the Down syndrome brain, to try to understand the contributions to the differences in levels of cognitive performance, from high-performing, low performing, and catatonic individuals. Dr. Lengerich joined the Kellis lab after receiving his PhD in Computer Science from Carnegie Mellon University, where he developed AI to help understand complex data for the improvement of precision medicine. He also spent time as a software engineering intern at the US Naval Applied Research Lab, Google, Roam Analytics and Microsoft Research. 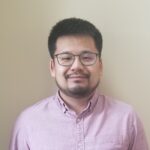 Dr. Zhao is a postdoctoral researcher in the Kellis lab, studying the effects of gene dosage on global gene expression in trisomy 21 brain cells. His approach is to systemically perturb genes and measure changes in expression in other genes in several cell types from the brain, to help identify the cause of the gene expression changes observed in DS. The goal is to identify key misregulated genes that disrupt key brain functions. Dr. Zhao joined the Kellis lab following a research position in the Dept of Chemical Biology at Harvard, working on single-cell sequencing technology, and received his PhD from the University of North Carolina Department of Chemistry. 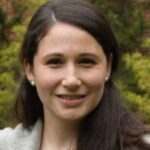 Dr. Borden will begin her postdoctoral research in the Boyer lab in January of 2023. Her project will investigate how the matrix around heart cells is impacted during heart development in DS, and develop new models to determine how an extra chromosome affects cell-to-cell communication during heart development. Dr. Borden earned her PhD in biomolecular engineering at the University of Maryland College Park, where she studied the properties and mechanics of soft material-tissue interfaces. Dr. Borden completed her undergraduate studies in Chemical Engineering at the University of Illinois at Chicago. 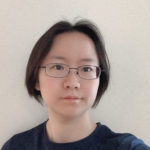 Ms. Liu has recently joined the Boyden lab as a PhD student in Electrical Engineering and Computer Science. Her project in the Boyden lab will develop a new form of expansion microscopy (ExM), a recent invention from the Boyden lab, that pulls individual proteins apart from each other so they can be identified and imaged, with single-molecule precision. By using this new technology to analyze components of synapses in Down syndrome, Liu plans to explore how make a 3-D nanomap of proteins at synapses, so the architecture of synapses in Down syndrome can be specifically analyzed. Liu comes to MIT from a masters program at Tsinghua University in China. 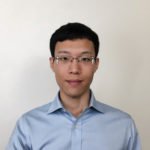 Mr. Wang is a PhD student in Media Arts and Sciences in the Boyden lab. His research aims to map the activity of neural circuits that are different in Down syndrome by developeing and using novel microscopy techniques that offer great precision, both in space and time, over large volumes of brain circuitry. He hopes to record neural activity across volumes of brain sufficient to understand what happens during cognitive tasks in Down syndrome, as well as responses to interventions such as 40 Hz sensory stimulation and temporal interference (TI) stimulation, new methods that offer the potential of noninvasively improving brain function. The goal of the work is to eventually develop closed-loop stimulation protocols to address functional differences in Down syndrome. Zeguan joined MIT after his undergraduate work at the University of Science and Technology of China.

Dr. Meharena was a postdoctoral researcher in the Tsai lab, and a Senior Alana Fellow. Working in the Tsai lab, Dr. Meharena developed patient-derived stem cell brain models to understand the consequences of Trisomy 21 on the nuclear architecture, function and how these alterations result in the phenotypic differences associated with the pathologies observed in Down syndrome. Meharena is now Assistant Professor of Neurobiology at University of California San Diego.

Dr. Gutbrod was a postdoctoral researcher in the Kellis lab, investigating the global gene expression changes in cells as a result of trisomy 21 and gene dosage changes. He is currently directing neuroscience investments at Sante Ventures, specializing in biotech company creation and early stage startup investments.

Dr. Mullen was a post-doctoral researcher in the Amon lab, studying the link between an imbalance in chromosome number and cancer. He is currently a research scientist at Be Biopharma.