The Alana Down Syndrome Center brings together an extraordinary collaboration of individuals with diverse expertise but a shared determination to make new discoveries and create new innovations for the benefit of people with Down syndrome. Dr. Tsai is the director of the Picower Institute for Learning and Memory, lead investigator of the Aging Brain Initiative at MIT, Picower Professor of Neuroscience within the Department of Brain and Cognitive Sciences, and Associate Director of the Glenn Labs for the Biology of Aging at MIT. She combines molecular, genetic, and circuit-based techniques for a “whole-systems” approach to understanding Alzheimer’s disease and other neurological conditions that affect cognition and memory. Her lab is testing the hypothesis that non-invasive, sensory stimulation of a specific brain rhythm, disrupted in such conditions, may restore the brain’s ability to counteract disease pathology, including in Down syndrome. Her team is also studying gene expression changes in laboratory models of Trisomy 21. Tsai is a recipient of the Glenn Award for Research in Biological Mechanisms of Aging, the Javits Neuroscience Investigator Award, the Mika Salpeter Lifetime Achievement Award for her research on brain development, neurological disorders, and Alzheimer’s disease and the Hans Wigzell Research Foundation Science Prize. Dr. Boyden is the Y Eva Tan Professor in Neurotechnology in the Departments of Biological Engineering and Brain and Cognitive Sciences at MIT and an investigator of the Media Lab at MIT and the McGovern Institute for Brain Research. Boyden engineers tools for mapping, controlling, and observing the dynamic circuits of the brain, which he will apply towards the study of the neurobiology of Down syndrome. Boyden also collaborated with Tsai in developing the non-invasive sensory stimulation method and will partner in the center’s efforts to test how it may help in Down syndrome. Boyden is one of the founding developers of optogenetic tools to activate and silence neurons with light. In 2010 his approach was recognized as the “Method of the Year” by Nature Methods and is now in worldwide use. He received the 2013 Grete Lundbeck European Brain Research Prize, the world’s largest neuroscience prize, as well as the Canada Gairdner International Award in 2018. Boyden is also the 2016 recipient of the Breakthrough Prize in Life Sciences. 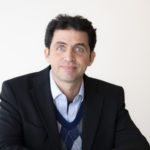 Dr. Kellis is a Professor of Computer Science at MIT, a member of the Computer Science and Artificial Intelligence Lab at MIT, where he directs the MIT Computational Biology Group, and an Associate Member of the Broad Institute of MIT and Harvard. Kellis has developed pioneering computational machine learning methods for deciphering the mechanisms underlying complex disorders, and discovering new gene and pathway targets. He has also pioneered experimental methods for high-throughput dissection of gene-regulatory function. He combined these methods to gain new insights into the etiology of Alzheimer’s disease, immune disorders, obesity, schizophrenia, heart disease, and cancer and will apply his innovative approaches to understanding Down syndrome. He received the US Presidential Early Career Award in Science and Engineering (PECASE) from President Barack Obama, the NSF CAREER award, the Alfred P. Sloan Fellowship, and was named among the “Top 35 Innovators Under the Age of 35” by Technology Review, and one of the top 100 leaders in AI for health worldwide. He obtained his Ph.D. from MIT, where he received the Sprowls award for the best doctorate thesis in computer science.

Dr. Boyer is a Professor of Biology and Biological Engineering at MIT. The Boyer lab investigates how complex circuits of genes are regulated to produce robust developmental outcomes particularly during heart development. A main focus is to determine how DNA is packaged, and how cells modify this packaging to control lineage commitment. The lab studies how changes to the genome, such as trisomy 21, affect these outcomes. The Boyer lab’s ability to combine genomic, genetic, biochemical, and cell biological approaches both in vitro and in vivo as well as ongoing efforts to use tissue engineering to model the 3D architecture of the heart will ultimately allow us to gain a quantitative understanding of the regulatory circuits that promote normal heart development and how faulty regulation can lead to disease.  Boyer has won a Pew Scholars award, an American Heart Association Award for innovative research, and several other awards for her research into heart development. Mr. Sandler is Executive Director of the Deshpande Center for Technological Innovation, which empowers some of MIT’s most talented researchers to make a difference in the world by developing innovative technologies in the lab and bringing them to the marketplace. He guides the Center’s strategic direction, ensuring successful execution of its mission, and managing day-to-day operations. With a strong background in the assessment of technologies for commercialization, Sandler will lead the center’s Technology to Improve Ability grant program to encourage the development and commercialization of new assistive technologies. Sandler engages innovators in a process the Deshpande center calls “select, direct and connect.” Research projects are chosen based on a project’s potential commercial and social impact. Teams receive intensive guidance in how to bring their inventions to the marketplace and form new spinout companies. To ensure the success of all these activities, Sandler builds and continually renews a broad network of relationships. Dr. Niederst is the Director of Scientific Initiatives for the Alana Down Syndrome Center and the Aging Brain Initiative in The Picower Institute for Learning and Memory. In this role, she coordinates research projects, establishes new collaborations, manages Center activities, and communicates scientific discoveries. Prior to joining MIT, Niederst was a scientific editor at Cell Press, where she curated and evaluated research articles for publication in Neuron, a top neuroscience journal. Her graduate studies at University of California San Diego focused on the development of new technologies to better understand Alzheimer’s disease mechanisms in human neurons, and her postdoctoral work at Boston Children’s Hospital & Harvard Medical School investigated genetic neurodevelopmental disorders. 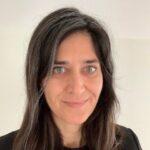 Dr.  Bhakar is director of development for the Alana Down Syndrome Center and related education and research initiatives at MIT, hosted by the Picower Institute for Learning and Memory.  As a fundraiser and scientist, she is responsible for facilitating philanthropic partnerships and enabling greater support and awareness for neuroscience-based innovation at MIT and impact on human health for the community. Bhakar is a neuroscientist by training and previously worked as a post-doctoral fellow and research scientist at MIT, working to better understand Fragile X, the leading inherited cause of autism. She received her Ph.D. from McGill University, Canada, in 2003, where she directed projects aimed at understanding how neurons die during early development and during neurodegenerative disease or trauma. Before coming to MIT, Bhakar worked in a multinational Clinical Research Organization in France and served as a Scientific Consultant for a biotechnology firm.

Dr. Moreira is a professional scientist with broad international experience in research in both public and private sectors. Graduated in Pharmacy and Biochemistry, she holds a masters and a PhD degree in Biological Sciences (Molecular Biology) from the Federal University of São Paulo in collaboration with the University of Michigan (2002). She has experience in the field of immunology, with emphasis on validation of diagnostic tests for infectious diseases. Moreira worked on projects at Federal University of Rio de Janeiro in collaboration with the Centers for Disease Control and Prevention (CDC) for improving the infrastructure of laboratories in Mozambique and in studies of HIV prevalence in Angola. She also worked on the implementation of genetic tests that use the technique of dry spot in the collection of biological samples for laboratory analysis. Her experience includes scientific research working in Africa, North America and Brazil. At present, she is a project coordinator and scientific advisor at Alana USA Foundation in the field of Down syndrome.

A Board-certified medical geneticist, Dr. Skotko is the Emma Campbell Endowed Chair on Down Syndrome at Massachusetts General Hospital.  As the Director of the hospital’s Down Syndrome Program, he has dedicated his professional energies toward children with cognitive and development disabilities. He co-authored the national award-winning books, Common Threads: Celebrating Life with Down Syndrome and Fasten Your Seatbelt: A Crash Course on Down Syndrome for Brothers and Sisters. He is a graduate of Duke University, Harvard Medical School, and Harvard Kennedy School, and he is currently an Associate Professor at Harvard Medical School. Angelika Amon passed away in 2020, and is terribly missed. Dr. Amon was co-Director of the ADSC, and the Kathleen and Curtis Marble Professor in Cancer Research, Associate Director of the Glenn Labs for the Biology of Aging, and Professor of Biology at MIT and at the Koch Institute for Integrative Cancer Research. Her work focused on understanding the molecular elements of regulatory processes that control chromosome segregation and the consequences of failure in these processes on cell and organismal physiology. Missteps in chromosome separation are a major cause of conditions that result from missing or extra chromosomes, or aneuploidy, such as Down syndrome. Amon was a scientific advisory board member of the Linda Crnic Institute for Down Syndrome in the School of Medicine at the University of Colorado and a named investigator of the Howard Hughes Medical Institute. She identified new mechanisms for phenotypic variability and genomic instability from chromosomal disorders, and she received numerous accolades for her work including the Presidential Early Career Award for Scientists and Engineers, the National Science Foundation’s Alan T. Waterman Award, the Ernst Jung Prize for medicine, the Vilcek Prize in Biomedical Science and the Breakthrough Prize in Life Sciences.